Day 4:  The Wag goes to Hollywood! 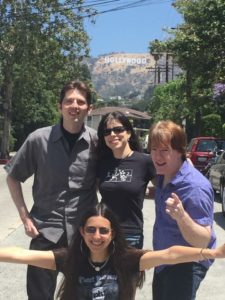 On our way to LA, we passed by a parkway with a pretty cool name! 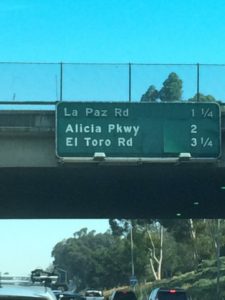 Here are some shots of us with the Hollywood sign in the back.  We tried to drive closer, but the roads became very narrow.  Our rented Wag mobile was not having any of that!  We decided to be safe and just stop here. 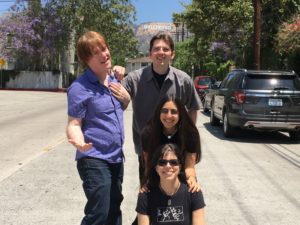 We wouldn’t have any band pictures on this tour if it hadn’t been for our dear friend Erin, who is pictured with us below: 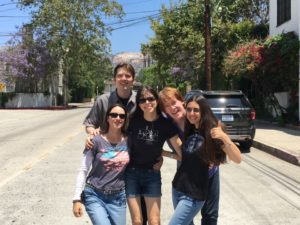 While in town, we checked out the famous Amoeba record store.  We were so pleased to see that they are selling The Wag records! 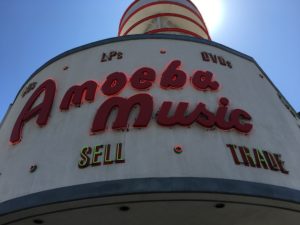 Then it was off to see and do some fun things in the land of the stars!  We kind of got captured by Hollywood! 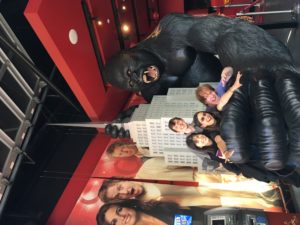 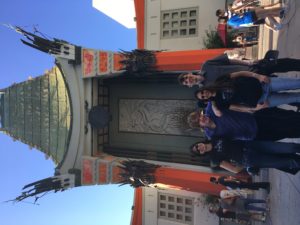 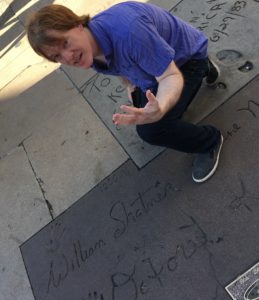 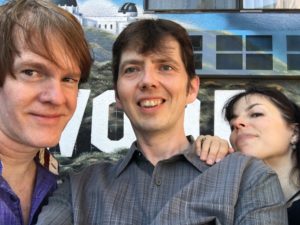 If I don’t have Alicia looking over my shoulder then I have Marylin Monroe doing it! 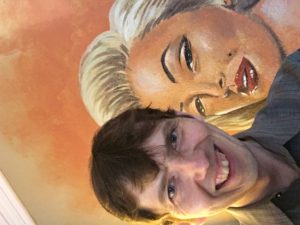 After our Hollywood frolicking, we arrived at our first LA gig at The Mint! 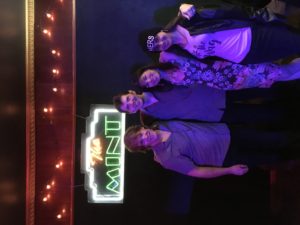 I can’t begin to tell you how great this show was!  We were treated so well by the staff and the sound guy was awesome!  As soon as we started playing, the crowd got into our music.  The smiles and claps filled the club!  It was such a boost!  We had people dancing and cheering for our original music.  It was spectacular!  After our set, we sold CDs, shook hands and were told that we could come back any time.  It was such a great show and we were all beaming with happiness! 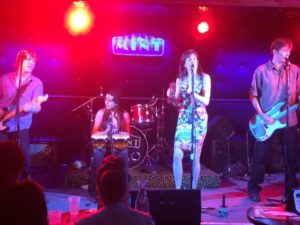 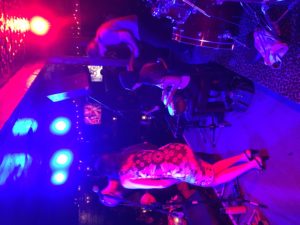 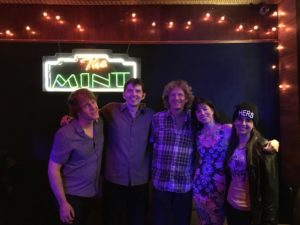 It was so cool to see some of our fans from the area come out and support us!  Thank you Joe (pictured above), Jeremy and Chrisi for joining us!

Day 5: After breakfast, we headed out to some more cool places.  Here we are in front of the Capitol Records building. 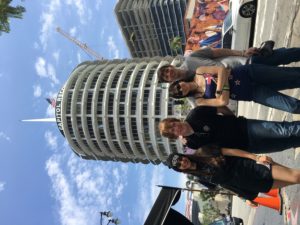 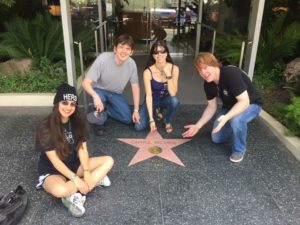 Hollywood liked us so much that they gave us our own star!  🙂 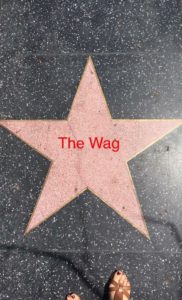 We drove for awhile on Mullholland Road and stopped to take some pictures: 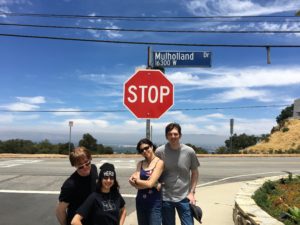 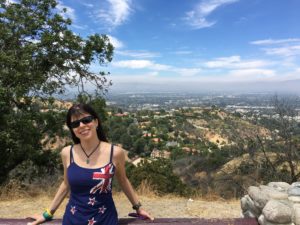 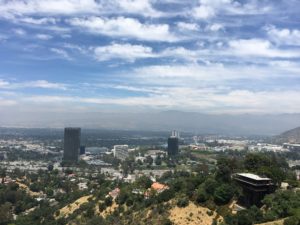 Then we headed to see the Santa Monica pier! 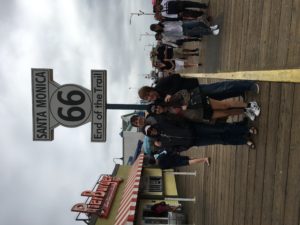 On our way to the Coffee Gallery Backstage gig, Arielle asked me if we had a set list.  I told her that it will depend on the club.  I said if their were skulls hanging in the windows that we might need to adjust our set list a bit.  As soon as we arrived, we saw this on one of the tables: 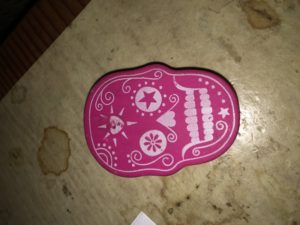 Despite the skull, we played our normal Wag set and the crowd really got into it! 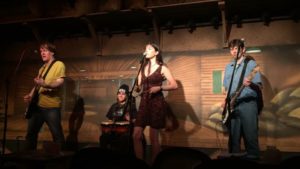 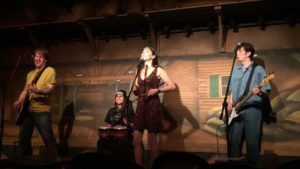 It was so nice to hang out and chat with the audience after the show in the merchandise area.  Everybody was so nice!  We sold a bunch of CDs and then made our way back to San Diego.  Along the way, we saw this truck carting a gigantic cube on the highway.  It was surrounded by cop cars.  I kept thinking that it was an alien spacecraft that was being transferred to a secret facility.  What can I say?  I was exhausted.  Lol.