The Fest for Beatles Fans 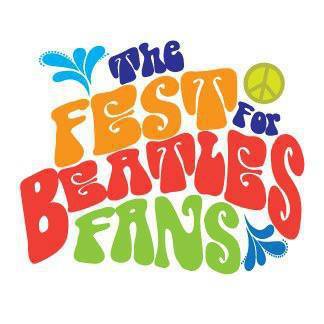 The Wag will be performing on Saturday, 4/2 at 4:30 pm!
Hey Fellow Beatles Fans: Who’s ready to GET BACK together in FAB fashion with our New York Metro Beatlefam?
It’s ON, April 1, 2, 3, LIVE at the Hyatt Regency Jersey City! The Fest we’ve all been waiting on for two years now is in motion to happen, and poised to be the reunion of a lifetime.
We welcome you to invite excitement into your hearts for this much anticipated gathering.
Those of you who have held onto your tickets from 2020, thank you for your patience, and you are all set! Got tickets over the holidays? Perfect! Need tickets? Link is above.
THIS WILL BE OUR 50TH NY METRO
GATHERING SINCE 1974! (and it wouldn’t be the same without you)
COVID-19 PROTOCOL:
In order to attend the 2022 New York Metro Fest, all will be required to show proof of full vaccination (at least two doses of Moderna and/or Pfizer or at least one dose of Johnson & Johnson) against COVID-19 along with a matching ID. Everyone is expected to bring masks with them. We don’t know the protocol in April, but masks will be required to use the elevators. We had to postpone this FEST four times and we want to be on the cautious side.
EVENT TIMES:
FRIDAY, APRIL 1 – 5:00 PM TILL MIDNIGHT
SATURDAY, APRIL 2 – NOON TILL MIDNIGHT
SUNDAY, APRIL 3 – NOON TILL 10:30 PM
*ALSO*
We recognize that being a Beatles fan is a lot about nostalgia – but also creating the future.
LET IT BE…. HYBRID
The Fest For Beatles Fans VIRTUAL PASS THROUGH EVENTBRITE will try to keep up—and then some!!!
Yes, we are going to be offering a full format digital ticket that will get you access to the weekend of live streaming concerts, shows, special guests, panels, talks, activities, and some meta-crowd-surfing and behind-the-scenes action.
Whether you’re not ready for crowds or you’re simply too far or unable to make it there with us IRL— we wanted to make this special Fest available to everyone! Chicago, LA, Liverpool, Beijing… it’s our time. Join us live from your couch